Blame your company culture on the pens you use. 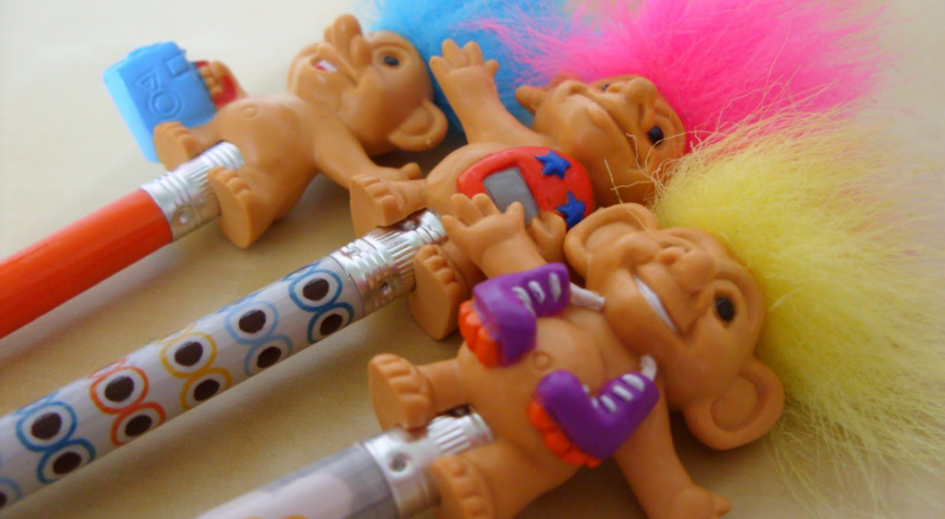 Culture – the tapestry of who and what your company is and stands for. Woven from many different behaviors – large and small. Culture isn’t what is written on posters outside the offices of your senior leadership team. Culture is what happens in the conference rooms and on the phones of your employees. Culture is the space between words and actions.

Culture is in the pens and fancy leather portfolios (logo-identified or not.)

How we behave (which is what our culture ultimately is) is a function of a lot of little things and one of those little things is our environment. What we see and experience in our workplace has impact. And it may have a bigger impact than you can imagine. You can spend a lot of time creating a “culture of recognition” in your company and still miss key elements that influence behavior. You can eliminate annual performance reviews and inundate your employees with pulse surveys until you (and them) are blue in the face, and still not have the culture you want.

Or you can change some things in the work environment.

What you change depends on what you want to happen.

More fun? Remove businessey stuff and add a foosball table (I know – I can’t believe I just wrote that.)

Too much fun and nothing getting done? Add a library and fancy pens and give people leather portfolios to carry around (some might even use them to take handwritten notes – who knows.)

The point is these seemingly small things have a huge impact on the way people behave in an organization. And it’s not me saying it – it’s RESEARCH! (Be honest –how many Boomers/old GenX heard Jon Lovitz saying “ACTING” in your head?)

In the book “You are Not so Smart” they highlight a study where they had two groups play a version of the “Ultimatum” game. Short description: The subject in the experiment would decide how much of $10 to give the other person (who was in on the game.) If the other person refuses the split no one gets anything. They ran the experiment in two different rooms. The results were interesting:

“They had the participants play the ultimatum game in a room with a briefcases and leather portfolio on the far end of a table along with a fountain pen in front of the participant’s chair. Another group sat in a room with neutral items – a backpack, a cardboard box, and a wooden pencil. This same 100% of the neutral group chose to split the money evenly, but only 50% of those in the group sitting in a room with business-related items did the same. Half of the business-primed group tried to stiff the other party.”

While the players in the game never really mentioned that the items in the room may have influenced their behavior the authors suggested that:

“Mere exposure to briefcases and fancy pens had altered the behavior of normal, rational people. They became more competitive, greedier, and had no idea why.”

So… hide those fountain pens!

But seriously… your environment communicates a lot about you and your company. And not only does is talk – it walks. The behavior of your employees (both the executives and the rank and file) is a function of the world they work in. If your executives are surrounded by mahogany walls, big desks, and leather chairs, I’ll guess they act a bit like Gordon Gekko. But – if they are surrounded by lot’s of action figures – they probably spend time on tangents and flights of fancy. Too much of neither is good business.

In my office, I have a beanie baby carrying a briefcase to balance me every day.

Remember – this isn’t the only thing driving your culture but it does have an impact.

You know you act differently when you wear fancy clothes – well, so do your employees.

Time to start “Dress-Up” Friday? Maybe make that the day you negotiate your next health care package?

What do you think? Is the formality or informality of the environment contribute to “how” we act at work? Any examples from your work life? Hit me in the comments.