How To Influence People – A Good but Lazy Post 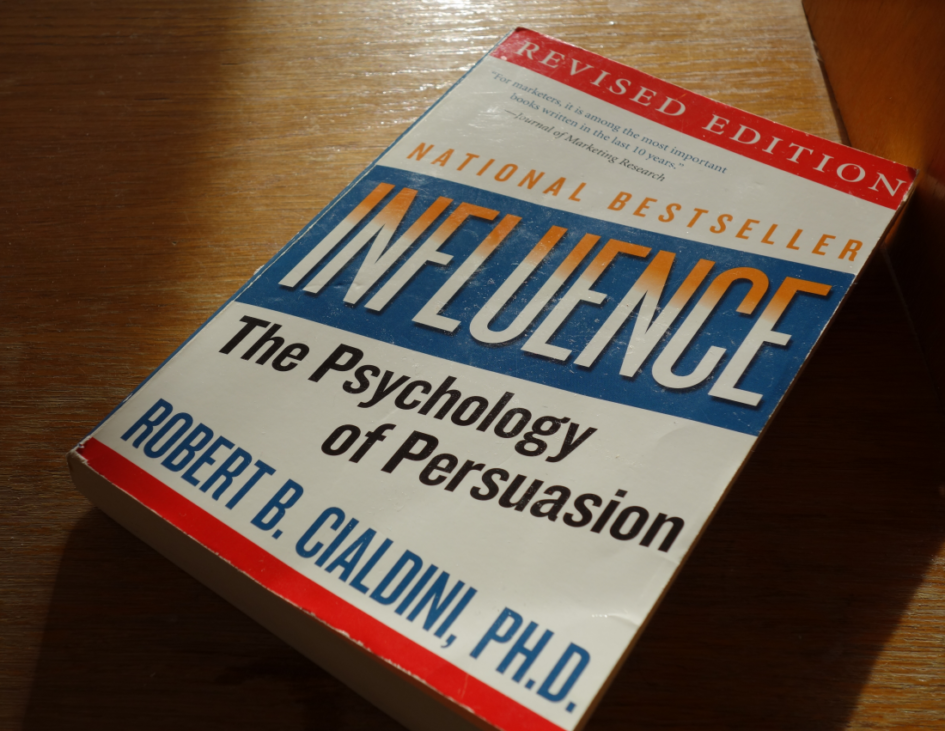 Today’s post is sort of a “phone in.” A while back I read “The small BIG: Small Changes That Spark Big Influence” by Steve J. Martin, Noah Goldstein, Robert Cialdini. Cialdini is probably considered the father of the psychology of influence due to his 2 million copy best seller is “Influence: The Power of Persuasion.” BTW – that is a book everyone should read.

I read it awhile back and highlighted some of the more interesting tidbits around influence and thought maybe you all would want to know them as well.

If you’re in management you should know about influence and how to apply ethical techniques to help your organization move forward. Some of my favorites are:

Homeowners rated knowing that their neighbors were already saving energy as the least influential way to get them to save energy. However, when in experiments that used “social proof” – ie: your neighbors are doing it – it was the single most influential way to drive behavior change. The lesson – what we say will influence us isn’t what influences us. Survey your brains out – the answers aren’t always the right answers.

Another example of social proof in action:

As part of a TV news magazine program one of us was asked to assist with a segment of the show that sought to identify the reasons why people might be persuaded to help others in a series of everyday (nonemergency) settings. At a busy New York City subway station we hired researchers to count the number of commuters who donated to a street musician as they walked past. After a short time a small change was made to the situation that had an immediate and impressive impact. Just before an approaching (and unsuspecting) commuter reached the musician, another person (who was in on the act) would drop a few coins into the musician’s hat in view of the approaching commuter. The result? An eight-fold increase in the number of commuters who chose to make a donation.

Your company runs on social proof. Your reward programs are ways to formalize this. Don’t ignore it.

How often do you personalize information to your employees? Or do you say “Staff” – or “Associate:”

And include them in the process in some form or fashion. Simply asking a patient to write down the appointment information led to an 18% reduction in no-shows. The writing is a proxy for commitment. How often do you ask employees to signify commitment with an action (reply to email with “I will” in subject line?) Think about it.

Ranges for outcomes can increase achievement and engagement.

Making a SMALL change to the way we set our own and others’ goals can make for BIG differences when it comes to engagement. A teacher, eager to reengage a pupil who recently performed poorly on a spelling bee, might set a high-low range goal of 7–9 correct words out of 10 on tomorrow’s test rather than just aiming for a score of 8. A call center supervisor, keen to encourage and maintain high call volume levels, might experiment with single-number goals on one shift (for example, calling x number of customers per day) and high-low range goals on another shift (for example, making y–z number of calls per day) and then measure the differences this small change makes.

We Hate To Be Limited

Dividing the rewards into categories (even meaningless ones) made people feel that they would be “losing out” on something if they didn’t complete the additional task.

For example, a sales manager tasked with motivating employees through a new sales incentive or bonus program could optimize the program by offering rewards that fall into two distinct categories and then allowing his team access to the second category of rewards only after they have earned one from the first. Not only would such an arrangement encourage employees to expend the effort to attain both types of rewards, it might even lead them to enjoy those efforts more in the bargain.

And for those about to do performance reviews. Don’t be an error hunter.

The advice here is, rather than playing the role of being an error hunter, position yourself in the role of an error opportunist. The error opportunist looks to cash in on any unintended stumble by learning from it in the recognition that both the individual and the organization can profit in the long run—profits that can, according to statistics cited by Professor Frese, turn out to be pretty handsome indeed. Compared to companies with a weak error management culture, those with a strong error management culture are four times more likely to be among the most profitable companies in their industry.

But it’s a fool’s errand to chase performance perfection, because—besides the reality that everyone’s fallibly human after all—“perfection” means so many different things to different people that it can’t feasibly be arranged for ahead of time. Error correction, on the other hand, can be customized to the aggrieved person’s view of what will constitute a satisfactory, and satisfying, outcome.