The Weight of Social Footprints on New Ideas and New Thinking 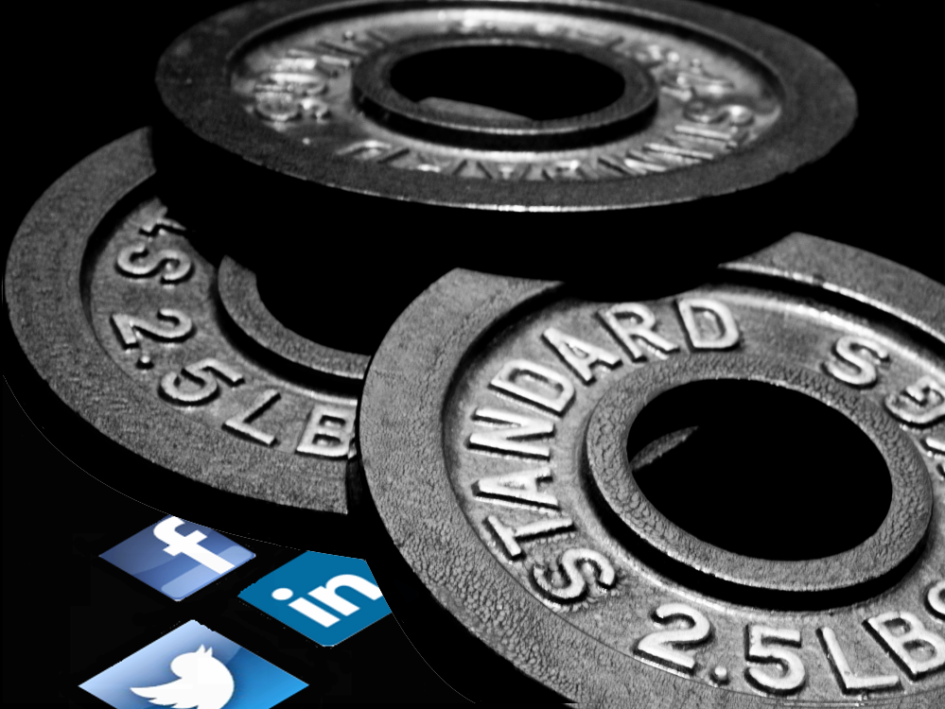 Below (after the horizontal line) is a post I wrote about 2 weeks ago. It’s longish – about 1,300 words. 5 times a normal post. It has been sitting in my “draft” file as I ponder whether to post it or not. I was really, really, really close to hitting the trash button. My post is about the lack of real discussion on the interwebs today. No one comments on blogs, no one converses on twitter, no one says what is really on their mind any more. You’ve heard of FOMO (fear of missing out) – I’m suggesting we suffer more from FOBED – fear of being eviscerated – digitally. Fear of having an opinion that differs from the electronic crowd.

I was feeling that pressure when I drafted my post. But I felt maybe I was being negative and I’m working hard at trying to be positive. So I was thinking of never publishing it.

But then…. (there is always a but then…)

…I saw this post “One simple way to figure out which criticism to listen to.” by Jon Acuff. His post is more direct and less rambly than mine but the pull quote from his post that made me reconsider my post is this:

“Discourse in our country died the day we decided that if I disagree with you it means I hate you.”

The post is excellent and brings up a ton of good points. He says the anonymity of the web means the critisism has zero value. I somewhat agree. But I also know, though the power of social proof and consensus, if 1,000 people (named or un-named) think you suck. People will bend toward that opinion.

And that is the point of my post. It’s the “perceived” weight of an opinion simply based on social media connections that is the problem, not simply the visibility of those doing the criticism.

Read on – let me know. Am I full of it or do you empathize. Love to hear your opinion.

And now… my rant…

I’ve been called a curmudgeon because I’m frustrated with my Facebook feed. And truthfully, that is purely a function of who I follow – it isn’t their fault. And I’ve said as much. I still don’t like it and it is my “Berners-Lee” given right to tell everyone on the internet they are wrong.

Let me say this to start – I truly enjoy most of my interactions with my connections, but in many cases it is becoming more stressful than it is fun. I find myself being more political with my responses. I worry about the words I choose and where I place a comma lest I change the meaning of a phrase or create a ripple of indignation. Anyone who has spent any time on the web knows that lazy grammar kills. And it kills at the speed of keystrokes. Just try to take back a misquote, or the wrong word pecked out in all caps. The web buzzards are on that net-kill so quickly it will make your mouse spin.

And, unlike the promise the internet made to us all, it is getting less a place to share an idea or disagree with one. We now not only have to worry about our typing skills but our opinion as well. Heaven forbid you say you’re okay with GMO food, think taking down the Confederate flag was okay or you don’t believe in chemtrails. Sure, a few people can disagree and have a conversation online – but once you add a bit of “social weight” to the conversation all hell breaks loose. I’ve seen too many new and different ideas get shunted to the side because someone with a bit of social media fat put their stamp of disapproval on it – with prejudice. And, like white privilege – social media weight is invisible to those who have it and they deny it when they wield it.

And that isn’t a good thing.

A while ago, in my hometown, there was a “social media” club formed right after social media was established as a legitimate marketing tactic. And, as you would expect, the more active and experienced practitioners were called upon to help transfer knowledge, help the less technologically adept and act as Sherpa’s in this new wilderness of socially enabled marketing. And they did a good job. They were caring and helpful. They gave of their time and people liked them.

Then subtly, without malice, the informal meetings and training took on a form of lectures and not-so-disguised sales pitches to get folks to “buy” their advice and counsel. Only the “in-crowd” made it on the speaking agenda. You couldn’t break in and be a voice. The “social media mafia” controlled the message and the medium. The content got stale, the message redundant and the attendees the same. There was a lot of mutual back slapping and smiling. They were the “cool kids” in the social media cafeteria. And like that table … they became less welcoming to outsiders. They of course didn’t see it. They would point to the one “new kid” they added to the party list and say “see – we’re bringing in new blood.” Sure – new blood that agreed with them.

The social media scene became oppressive. And there was no way to respond. Remember – they owned social media in the town. How was one person, with 100 followers on twitter going to have any impact with someone who had 13,000 followers, a blog, a Facebook page, an Instagram account, and a tumblr blog (okay – it might have been too early for tumblr but you get the gist.)

The social media footprint and power that core group had was huge. They owned the conversation.

And then the social media discussion stopped.

The club disbanded. The impact was gone. They lost their crowd and like the snake eating its own tail, they too were consumed by their own social weight. They still exist, but with much smaller impact on the entire scene.

I can see this happening in niches and business verticals around the web and in areas where I’ve been a contributor. Small groups of very connected and massively followed people are subtly and unconsciously shaping conversations and participation through their social media weight. Like the person who yells loudly and quickly in an argument – they win in the short term (mostly because you just want to get away from them) but in the long run everyone loses. And this seems to me to be the antithesis of the promise of social media right? Weren’t we are all promised we could be Davids to the few Goliaths?

I myself am no slouch in this… I have an above average ( all us guys think we’re above average right?) following on twitter (6,500+), I contribute to pretty well-read blogs (FistfulofTalent and HRExaminer – shameless plugs) and have some notoriety in my business arena as a speaker and challenger of ideas. Yet even I feel the pressure and weight of the social media machine.

I am always conscious and cognizant of everything I say and to whom I say it in order to avoid a backlash. I don’t say what I want in many cases because it would be an attack on the unofficial power block. Maybe because of the investment I’ve made in social media I’m afraid. Afraid to jeopardize that investment in connections. One focused rant from a social media powerhouse and I’m twitter-non-grata.

“There are two times in a person’s life when they should challenge social media power: when they can’t afford it and when they can.”

You can’t lose what you don’t have – so if you only have 10 followers – go for it – you can afford to make waves and have impact. In fact, it will probably help you gain some social media cred. But – with 6,500 followers– and a business – you can’t afford to have that tarnished or taken away.

Stuck in the middle.

Like our politicians – the social media fat cats think they are doing a good thing. But they don’t see the problem because, like fish in water, they are part of the ecosystem. The fish doesn’t see water until it is taken away, then they are acutely aware of it. But who is going to take it away the social media mafia’s water? I can’t. And I don’t see others taking the risk. And unfortunately, I don’t see any of the SoMe fat cats willingly going on a diet to shed any of their social media poundage. If anything, I see more and more of them throwing that weight around to benefit themselves at the expense of others.

I do believe however, it will come back to haunt them. Karma is a bitch.

Like the social media mafia in my home town. They will start to eat themselves. Their followers will begin to see their selfishness and lack of concern and begin to look around for those who truly want to help and contribute. They will begin to see that their influence is shrinking and the major audience they thought they were reaching has moved on to more helpful and positive discussions. Who knows… maybe leaving me behind as well.

But I also know the cycle will begin again. After all, we’re humans and we love the spotlight and the attention. Followers are great. Being invited to speak and share our brilliance is ego-boosting. Getting quoted and reshared is positive reinforcement. There will be another SoMe influencer bubble and it will have the same issues.

But maybe if some of us (me included) spent more time thinking about how to promote others instead of ourselves new ideas will surface. New thinking will have a chance to break through the ground, grow, blossom and become a great new idea benefiting us all. Or… we can allow it to be killed by the Roundup that is the social media klan.

Or… I could just be another curmudgeon ranting about low-hung pants and footprints on my zoysia.

Self-awareness was never my thing.