When is ONE thing really THREE things? Whenever you want to sell newspapers and employee engagement. 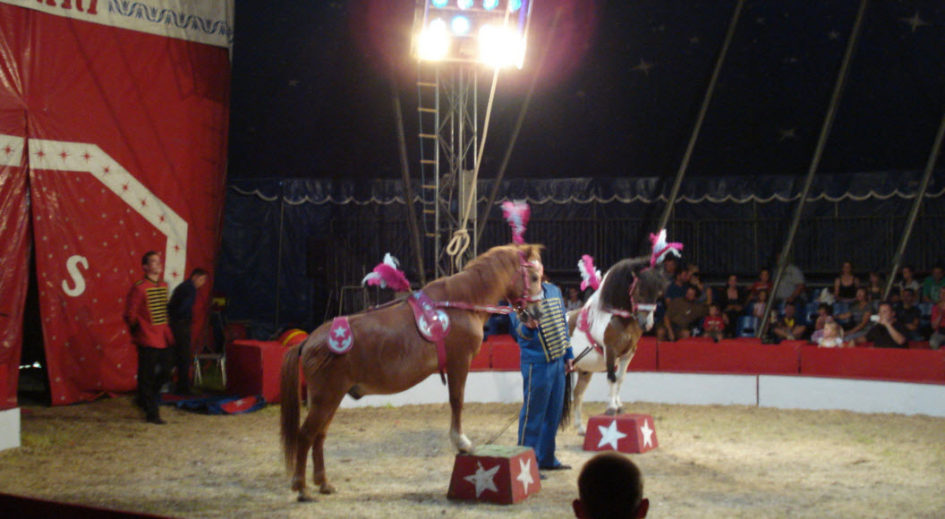 We are a one-trick pony society now. We have abandoned our ability to see our world as a complex set of iterations, interactions and interrelationships.

We think the economy is ONLY a function of Fed interest policy.

We think the election is ONLY a function of media.

We think our weight is ONLY a function of McDonalds (or 96 oz. sugary drinks – but not both.)

We live in a world where we are loath to clutter up our brains with more than one causal fact because we’re too worried it might crowd out the upcoming schedule for Chyna and Rob. Now THAT stuff is complex!

It almost seems that as information becomes more available we ignore more of it in order to focus on the one thing “we” think is important or causal. This is our world. A one-trick pony world.

This one-trick pony story is probably most relevant when we talk about what motivates the current workforce. Ask the incentive and rewards industry and they will tell you money doesn’t motivate. They will tell you that experiences and awards motivate. That recognition motivates. Saying thank you motivates. And to a degree they are right. Ask the training world and they will cite research that says being trained and competent in a skill is motivating. Ask Simon Sinek and he’ll say purpose is what makes us put our feet on the floor each day.

As me and I’ll tell you that anytime you have more than few people working together you will have more than few motivations and needs. I’m not a one-trick pony guy. But no matter how hard some in HR and many managers (and almost every software vendor) try excruciatingly hard to force people into some 6-sigma management decision tree in order to make managing people efficient – humans continue to confound them. Mostly because humans are infinitely variable. Trying to treat human beings as a “group” and apply a common approach will never work. Exhibit #1: I submit 20 years of employee engagement scores that have moved very little from the 30% range.

Humans need to be treated as individuals. #FACT.

I say all of that in order to bring this article into the discussion:

Link to article: How Did Walmart Get Cleaner Stores and Higher Sales? It Paid Its People More

That’s right. Walmart is getting better performance by using MONEY to drive output. I’m sure there are a few incentive sales people getting a bit red-faced right now knowing they just spent two hours on their last sales call telling their client that cash doesn’t motivate. (Hint: Mostly because they don’t sell cash.)

But here’s the … wait for it… rest of the story.

If you dig into the article it will happily tell you it is really much, much more than simply raising pay. The Walmart results are actually a function of:

That’s right. Three things not ONE thing as the headline would tend to communicate. Even the NYTimes (source of the article) know that singling out one thing as the “cause” of productivity sells better than telling someone it might take a couple of horses not just one tricky one. Digging into the article shows that pay was simply a starting point. The article is actually commentary on the impact better pay had on the entire employee experience.

Better pay meant they got better employees in the top of the recruiting funnel which in turn meant they were more apt to benefit from additional training and then would be anxious (and ready) for additional responsibilities and roles in the company/store. In other words each of the changes reinforced the other. Pay was simply the first domino in a self-reinforcing positive feedback loop. Walmart didn’t JUST raise pay as the headline would lead you to believe. Walmart did other things to help justify and reinforce the pay increase. Which is what you would want and expect smart managers to do.

Now… one thing the NYTimes article didn’t address is this: the amount a company pays someone is also a signaling mechanism, communicating the value the company places on the person and the job being done. Therefore, anytime you raise someone’s salary you signal to them you think they are important – or at least more important than you thought they were before. When that happens employees are likely to feel better about their job and the fact that Walmart signaled they thought the employees were more valuable than before. So, consider that there may be a bit of “thank-you” behavior as part of the lift the article talks about.

What Are The Other Things?

But here’s the thing. Once the thank-you performance lift dies down what does a company do? You can’t continually raise salaries right? 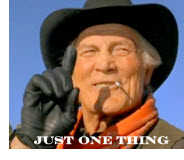 That’s where some of the other things I’ve already mentioned come into play – recognition, non-cash rewards, training, communication, personal connectedness, mission, values, meaning. Once we dial in the salary we need to start tweaking the other knobs, switches and dials. It is never ONE thing. Sorry to disagree with old Curly.

Motivating someone is not what we do. We only provide an environment where people can be motivated. And that is personal and individual. So don’t read too much into the headline. Sorry NYTimes – it isn’t pay. It’s an entire ecosystem of interventions that drive performance at a company.

It’s the ability to constantly stand at the coalface and dial in the appropriate interventions.

That is why we need managers. Better managers. Because they alone are closest to where the real work gets done and they are the ones that need to have their hands on the dials.

Never listen to someone who says “only” or “sole” or “the single thing” – they are never right.

Know it is always more than ONE thing. Always.

That’s ONE thing you can take to the bank.

That is the only thing you need to remember. (See what I did there?)