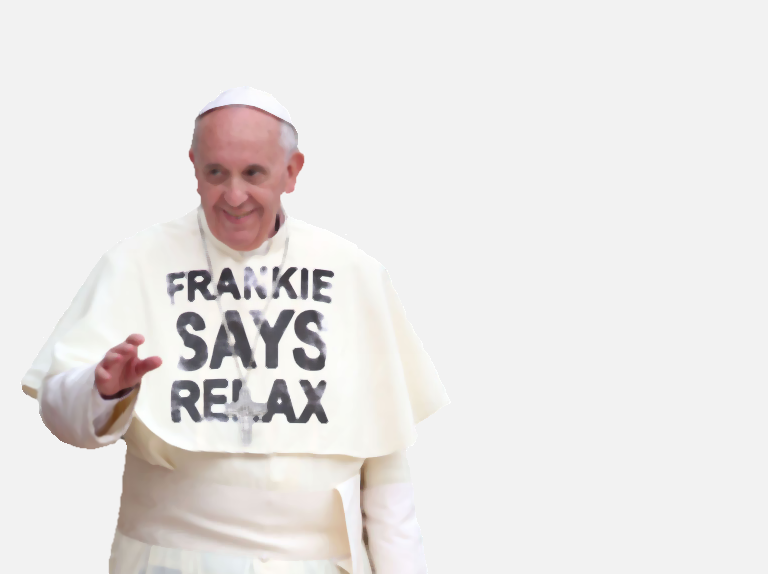 The Pope is in the house!

Arriving on US soil September 22rd and bringing almost the same level of hysteria as the Beatles did in 1964 the Pope is making an impact. Love him or hate him he is doing things different and doing them his way. I was raised Catholic so the Pope has a bit of a different connection to me than to those who follow different religious paths. He is not a representative of all religions but his gravity seems to be pulling a lot of people toward him. The world seems to love this Pope.

Some Popes have not done Catholicism any favors (check out some of these beauties…. And let’s not forget the Showtime series “The Borgas.”) But Pope Francis is “Pope-ing” like no one else, and I was curious to know what he was doing differently that was driving his popularity. As I googled, it became clear that he’s doing almost everything a good manager should do to drive employee engagement. (Fingers crossed that I’m not setting myself up for a stint in Purgatory for this post.)

This Pope comes to America and is shuttled around in a Fiat. No Escalades for Frankie. He also lives in small apartment not the papal palace.  Want to help engagement at your company? Quit being a douche. Your Porsche 911 doesn’t help you connect with employees when they’re still waiting for their Yugo to get out of the shop.

Have a history of working hard – like your employees.

Before he was Pope-ing, Pope Francis was… wait for it… A bouncer at a nightclub in Buenos Aires. I know … right! The Pope also worked in a chemistry lab. He had a real job. How does that not make him even more approachable?

The Pope is famous for taking his direct reports to task for things like “ ‘lack of compassion’ ”, idolatry, gossip, vanity and greed.” If you’re going to have a culture. Live it. Reward it. And… punish when it is violated. Great managers who drive engagement know there are no animals more equal than others.

The pope was asked by a homeless girl why God would allow bad things to happen to people like her. The Pope didn’t try to B.S. some canned theology – he simply said he didn’t know but he shared her pain. In other words, he connected on an emotional level instead of trying to be the “answer man.” As a manager – try connecting instead of trying to be the expert. If the Pope don’t know you surely don’t.

Focus on the people who need to be focused on.

The Pope skipped lunch with our politicians this week to support and offer the blessing on a meal at St. Marias Meals program run by Catholic Charities. Sorry Boehner & Pelosi – you’re really not all that. Go Pope! As a manager do you spend more time kissing butt above you or supporting those with you and below you on the hierarchy? Think about where you spend your energy. It matters and it’s noticed.

There are many other examples of how this Pope is different – and making a difference. But to sum up his style it is one of service.

He works for the people not himself. Not the church. Not the Bishops nor the Cardinals.

Pope Francis is singularly focused on those that need his attention and his help.

And that my friends… is how you become a manager that drive true employee engagement.

Focus on them. Period.