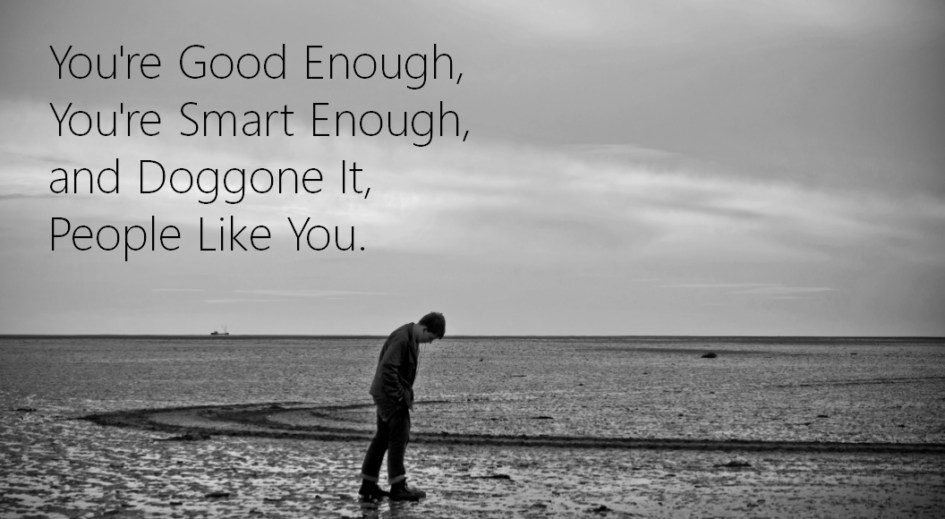 And we are always looking for the newest thing to drive engagement.

And that thing is now SnapChat.

I have a SnapChat handle. I’ve used it.

I don’t see how it adds to my life. I’ve tried. I really have. I’m just not that interesting (interesting looking nor that I have interesting life content – hint: neither are 99.99% of those on it.) You don’t want to see 10 seconds of my clicking through recorded episodes of Archer on my DVR. You don’t need to see 10 seconds of me checking emails or like last night – making meatloaf. (BTW – is there nothing better than cold meatloaf sandwiches?)

If you want to peek into my life – check Facebook. I do more “life stuff” there.

But because I don’t use SnapChat I’m being shamed.

But I’m here to tell you – it’s okay if you’re not on SnapChat.

And now it’s my turn to shame…

Frankly – if you are over the age of 40 and have teens/twenties children that are on SnapChat – they are embarrassed you are on SnapChat. They won’t tell you but they are. Trust me. Even if they say it’s okay. It’s not. Anyone over 40 who is on SnapChat for fun, is the digital equivalent of a 50-year-old man with a bun and skinny jeans. Really. REALLY!

There “might” be a reason to be on SnapChat for business (though I’m still not 100% sold on that no matter what Vaynerchuk says. BTW – he’s never met an idea of his that wasn’t awesome.) Maybe SnapChat for B2C – but not feeling the B2B applications yet.

I am not – as one SnapChatter suggested – a terrible leader because I’m not on SnapChat. I’m a busy leader. Too busy for even 10 seconds of my life to be broadcast to then be deleted. If I’m going to invest some time in something for the world to see – I don’t want that to disappear.

But I’m not using SnapChat for the same reason I’m not on:

I’ve been on some of these in the past. I had a tumblr account and a Vine account and a 12-Seconds account. I’m not afraid of new things. In fact, I love new stuff and am usually right in there with the early birds.

But I’m not on many of the networks I experimented with now.

Cuz they add no value to my life or my business. And I’m good with that.

Some people find value in them. Good for you! I don’t look down my nose at you for using them. I don’t care. If it works for you great! I do like twitter, Facebook, and yes, even LinkedIn. But if you don’t… cool. I really don’t care.

I won’t shame you if you don’t write a blog. Really I won’t. In fact – there are too many blogs anyway. So much noise. Not enough signal. But go ahead.

Just don’t shame me for choosing not to play with your newest shiny infatuation.

I get you need validation for your choice and the probably inordinate amount of time you spend on it with little or no return. I truly do get that. I once felt that way about google+. (I share that to remove my own self-loathing.)

But for those of you not on SnapChat – Hooray.

You’re Good Enough, You’re Smart Enough, and Doggone It, People Like You.