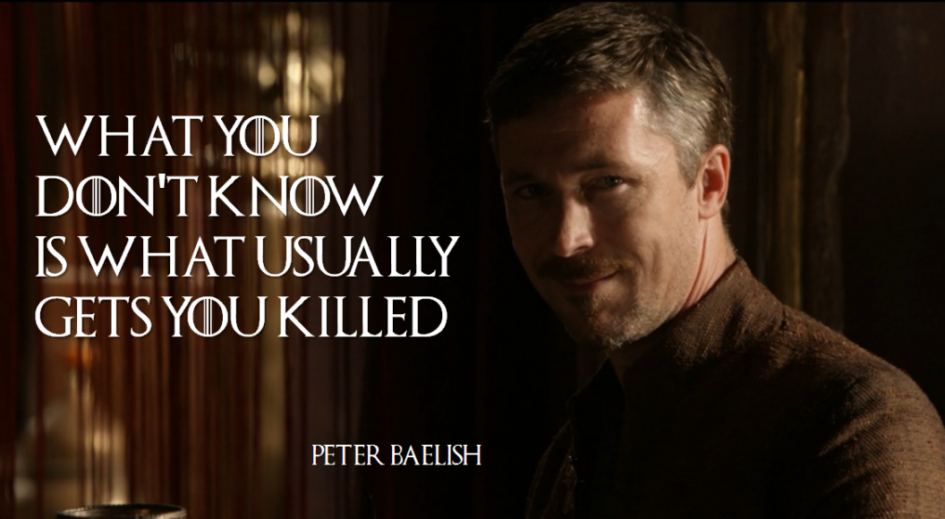 If you’re a fan of the HBO series stop reading and just click here to register for a Fistful of Talent webinar (you know FOT webinars go to 11) “RAISING DRAGONS: What Game of Thrones Teaches Us About Performance Coaching and Building Teams.”

For those that need more convincing I’ll simply leave this here:

If you’re a Game of Thrones fan, you know these quotes as parts of iconic conversations from your favorite series. If you’re not a fan of the series (TV or book), you still likely recognize these quotes as fodder from a series that’s made a friend a bit too obsessive.

The team at Fistful of Talent? We view these quotes as coaching conversations. That’s why we’ve built our next webinar around Game of Thrones.

Join us on May 19th at 2pm Eastern for “RAISING DRAGONS: What Game of Thrones Teaches Us About Performance Coaching and Building Teams” and we’ll use Castle Black and King’s Landing to explore best practices in performance coaching by giving you the following goodies:

You’ve signed up for enough boring webinars, right? Break the pattern and register for our Game of Thrones webinar, and we’ll deliver the performance management/coaching science with a layer of pop culture you’ve grown to expect from Fistful of Talent.

#GOT, FOT, Game of Thrones, webinar